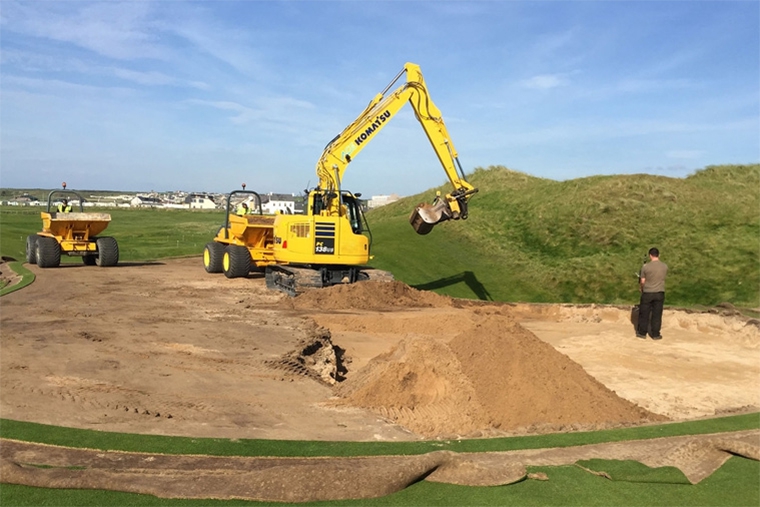 Ballybunion Golf Club's members have been notified about a 'Special General Meeting' which will take place on Thursday March 19 at which the club's Council (Management Committee) are proposing changes to the famous old course.

The course re-opened for play during the past week having been closed for "extensive maintenance" work for almost ten weeks.

Local company Atlantic Golf Construction headed up by Anthony Bennett, are fast gaining an excellent reputation in the golf industry, and their work on the old course is of the highest possible standard with amazing changes made to the first and second tees and the area around the fifth green.

The stream that crosses the second and thirteenth fairways known locally as "Kitty's River", has also been given a complete re-vamp and been lined with concrete and faced off with stone.

However, the work doesn't finish there and according to the club's management committee (Council), the old course greens have reached a stage which requires important action to deal with significant drainage problems and poa weed-grass growth.

To return the greens to hard and fast links conditions, it is proposed that all 18 greens be stripped of their poa weed grass and re-sodded with fescue turf.

The work would be undertaken from mid-October 2015 to January 2016 and the greens would re-open for play in the spring of 2016, with true links green surfaces.

The council is also proposing a complete re-design of the seventh green on the old course.

According to Rule 30 of Ballybunion's constitution: Changes to the Old and Cashen courses considered by the Club Council to be major changes, shall not be implemented without being proposed by Notice of Motion, accompanied by full dimensional data, for approval at a General Meeting of the club.

The general consensus among the majority of the members appears to be in favour of doing this work, although there appears to be some opposition amid fears that the contours of the greens will not be replaced accurately but whatever happens, it should make for an interesting debate.